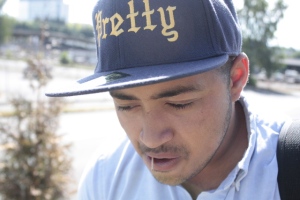 PLUTO AND POWER:
Hegemony & the Necessary Death of the Queer Movement

Is the queer movement still an agentive force fighting for the lives of queer people? Or is it a political machine that manipulates radical rhetoric for systemic control? Gay marriage is legal in many states in the US but 400,000 of the homeless youth in the united states are gay or transgender. These questions call me to investigate the decomposition aspect of Pluto – especially concerning a ‘queer movement’. Power isn’t essentially a corrosive agent, but power without accountability is inherently toxic. When we look at the state of queer pride, power, and pluto does this change the way we embody the queer movement?

Diego is a land stomping sea creature straight from the belly of the whale. He is a writer, a poet, and an archivist. His current project, “Dude, Where’s My Chiron?” is an investigation in modern applications of ancient archetypes through council of marginalized people. He does natal charts, composite charts, and solar return chart readings and he would love for you to find him at stonefruitastrology@gmail.com